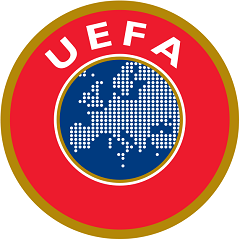 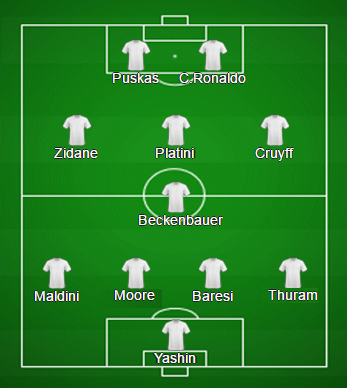 The team strategy is a Magic Square of Midfield. Yashin stands as a final wall. Defensive line is balanced with two full-backs Maldini and Thuram and a partnership of central defenders. Maldini and Thuram would support the side-midfield area when Zidane and Cruyff moves inside. Baresi is primarily a sweeper behind Moore but the role could be switched under the compulsory situation. Beckenbauer is a defensive holding midfielder, is responsible for stop the opponents between the defensive and midfield area and is also an important player to create the game from the deep-lying midfield zone. Platini is a main creator of the team and has an important role to support scoring from midfield line. Zidane and Cruyff plays as a semi-side attacking midfielder. Zidane is based on midfield area only to create the game while Cruyff has a more advanced role to support the front-line. Puskas and C.Ronaldo are a semi-side deep-lying forward. Puskas is a weapon of the team to shot from any distance and also create assists to the teammates while C.Ronaldo takes advantage of his powerful speed to the goal.

The Greatest European Footballers of All-Time 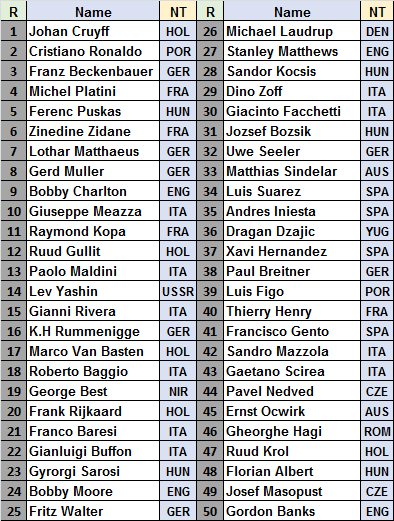 European Footballer of The Year 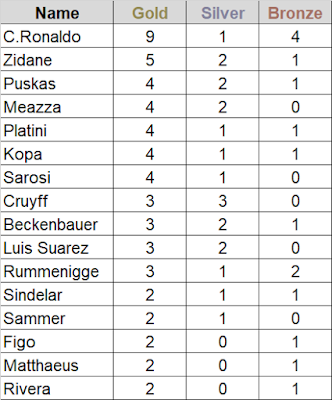