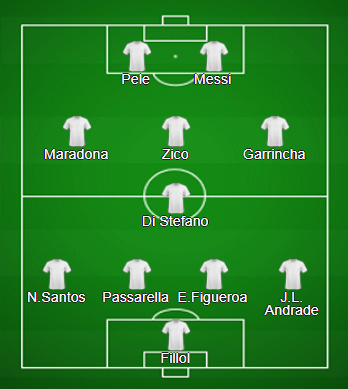 The team strategy is advanced defensive line with off-side trap to support the vacancy of the midfield area. Fillol stands as a goalkeeper. Nilton Santos would extremely go advanced to support the wing-area as Maradona tend to be based on semi-side or central area than the wing. Djalma Santos is balanced operator. Passarella acts as an advanced libero to support midfield area at the offensive possession. Figueroa is strongly an expectable defender of the team. Di Stefano has a central midfielder role, would extremely stop the opponent’s game and also controls the rhythm of team concisely. Maradona performs semi-side attacking midfielder, would mainly run across between midfield to forward line. Garrincha always shows his phenomenon dribbling on the right-wing. Zico is positioned in a three-quarter area and would dangerously beat opponents or scores from the secondary line. Pele and Messi would coordinate together or conduct the ball by themselves from the deep-lying forward area to the top zone.

The Greatest Americas Footballers of All-Time 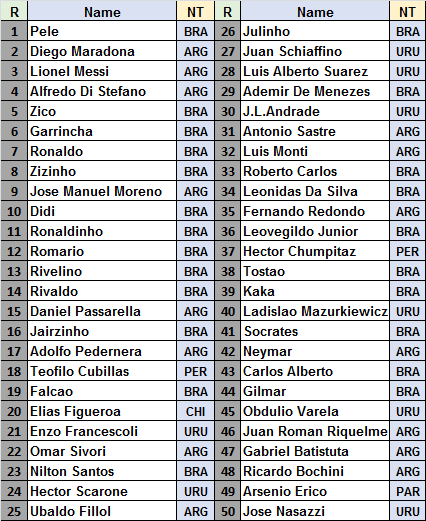 
Americas Footballer of The Year